To have the optimal experience while using this site, you will need to update your browser. You may want to try one of the following alternatives:

Stopping Kitchen Fire Damage Before it Happens in Chicago 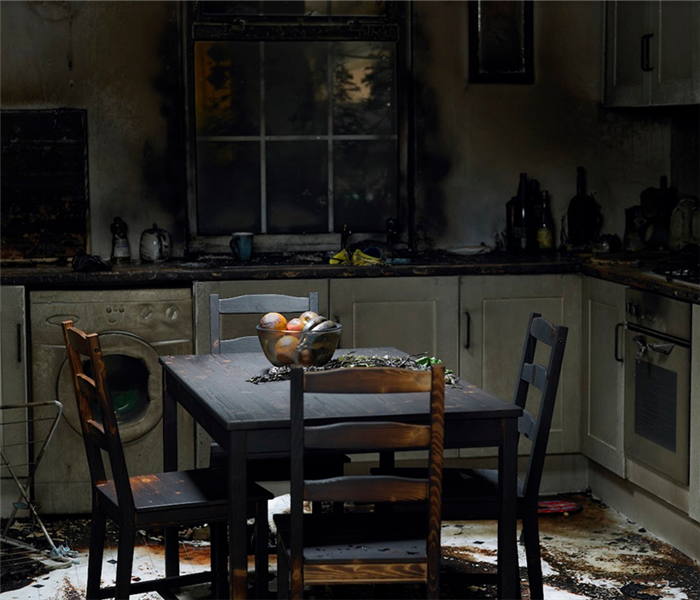 You don’t ever want your kitchen looking like this. Contact SERVPRO for tips and tricks to help you be prepared for any fire emergencies in your home.

SERVPRO Advice to Prevent and Mitigate Fire Charring in Your Home

Kitchen fires consistently rank among the most prevalent and costly residential fires nationwide. Moreover, yet, at the same time, most Chicago kitchen fire damage can be prevented by watchful eyes and proper preparation. Keeping your kitchen and dining area safeguarded against fires is essential, as failing to do so may end up costing you thousands if a fire hits. Follow our advice, and the risk of your kitchen incurring fire damage in the future should sharply decline.

To put out fires, you need something capable of smothering the flames. The best option for this is a modern fire extinguisher, which can put out a blaze without any risk of harming your home or appliances. Modern fire extinguishers do not use water as a smothering agent, instead opting for chemical mixtures or carbon dioxide foams to deny oxygen to the fire. Keep at least one in the kitchen and be sure to inspect it regularly. Typically, an ABC type extinguisher is handy to have in the kitchen. Also, keep a fire blanket nearby to smother a flaming frying pan.

Upon inspection, SERVPRO IICRC-certified technicians find dirty appliances as a probable cause for many of our fire damage cases. While many fires start with overcooked food, much more preventable disasters often arise from the presence of extra grime and grease on stovetops, ovens, and other heating devices. These films and organic materials can smoke or catch fire if they are allowed to build up, causing fire damage even to vigilant homeowners who never leave the kitchen unattended. Be sure to clean your cooking equipment to eliminate this threat from the kitchen entirely.